Pieces of a Cadet Uniform

There are two uniforms that are commonly used in Civil Air Patrol. One is the service uniform, known as the “blues uniform”​ which consists of black, highly polished shoes, dark blue pants (males or females) or skirt (females), a light-blue shirt and Eight cap. On this uniform, you may wear any Civil Air Patrol ribbons that you have earned. The blues uniform is required as part of the cadet program. Cadets must demonstrate proper wear of the uniform before they can be promoted and progress to the next achievement.

The other uniform that we use is the utility uniform, commonly referred to as “ABU’s”, which stands for Airman Battle Uniform. This is the uniform most appropriate for the majority of activities that we participate in, including most aerospace projects, emergency services missions, and community service. Eventually, you will need to have both uniforms, as a well-rounded cadet will have use for both.

If a uniform is not available for you through your CAP squadron you may then purchase one new, or as a used or surplus uniform. New uniforms are available through the clothing store at an Air Force Base, if you have access. Otherwise uniforms can be obtained from the official CAP source, Vanguard, or from local surplus stores.

In addition to the basic uniform, there are also some patches, insignia, and accessories (e.g. belt, hat, black T- shirt, white V-neck T-shirt) which go with the uniforms. These items are purchased separately and are not typically sold as part of the uniform. These items must be purchased regardless of whether the basic uniform was provided through CAP or purchased. Sources to obtain CAP specific items include the following:

Vanguard is the official uniform supplier of CAP. They can be contacted at:

Allied is a local area military uniform and surplus supplier. They can be contacted at:

Additionally, the required black boots in the correct style can usually be found at local sporting goods stores. Talk with your element leader for more information about the correct boots.

Eloy Composite Squadron has an alternative uniform that should be worn until you have your official uniforms. It can take up to two months for you to have a completed uniform.

For regular meetings the alternate dress is a plain black t-shirt, tucked-in, with clean blue jeans with black or dark blue socks.

For meetings which include PT the alternate uniform is a plain, black t-shirt with black shorts and appropriate athletic shoes.

Knowing where to correctly place the ribbons on the ribbon rack can be confusing. Fortunately the McChord Composite Squadron from Washington Wing has made an online Ribbon Rack Builder. 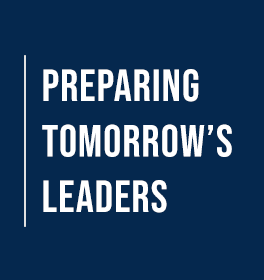 We are a squadron of the Arizona Wing of Civil Air Patrol.

We are a squadron of the Arizona Wing of
Civil Air Patrol.